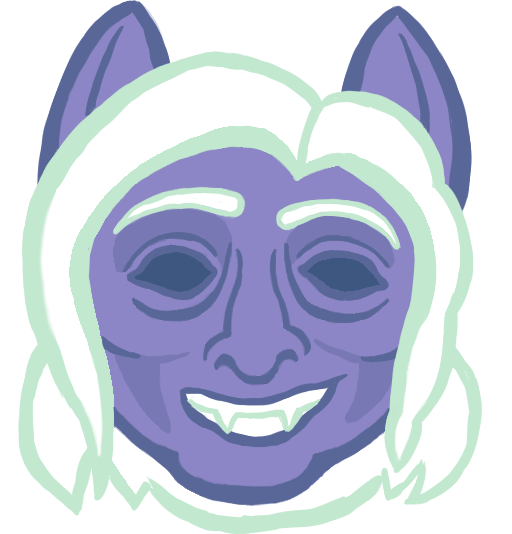 My name is Gyralagoss (or Gaz, for short), I go by he/him pronouns, and I'm just the janitor here now :V


I joke, but i do sort of feel like i've taken that role as a front runner, whatever it means. I tend to come in and take care of what needs taking care of.

Before i got here, I was once a professor of physics. And then it caught up to me that I'd been dodging my student loans the whole time, and I ended up trying out piracy to earn enough to settle my debts. I had a good time with that, honestly! I adjusted to the life alright, had a good crew even when people came and went, met Wix. Then I got killed in glorious pirate battle and went down with my ship. And then I ended up back in that dead body two weeks later when it washed ashore. And through many complicated events, ended up here in this system as the revenant ghost of my old corpsey self. I didn't even get to be the alive version of myself. :V It's also warped my memory and my senses are different as a ghost with no eyes. I understand why ghosts cling to familiar things and places, now.

Now that I'm here, though, I've gravitated toward an interest in technology, and especially video games and the history of their development. I'm also interested in astronomy. I used to have to navigate by the stars a lot. Now I have new stars to learn about.

Here's a cool picture of an AU version of me that my very handsome double drew - it's the closest representation so far to my general appearance, minus the tongue. :P Kinda wish I had that. 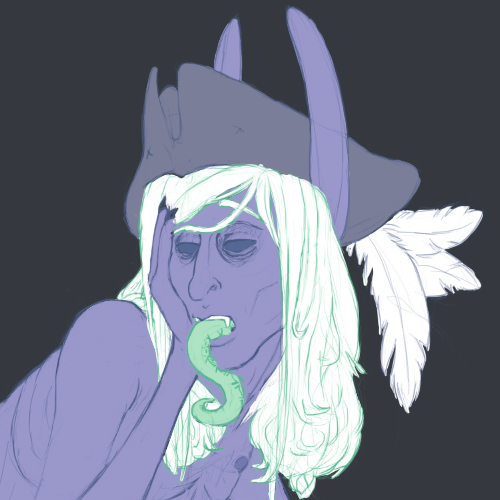 I also have an adorable English Springer Spaniel named Zoey, who sits next to me when I game on the couch. She's good.