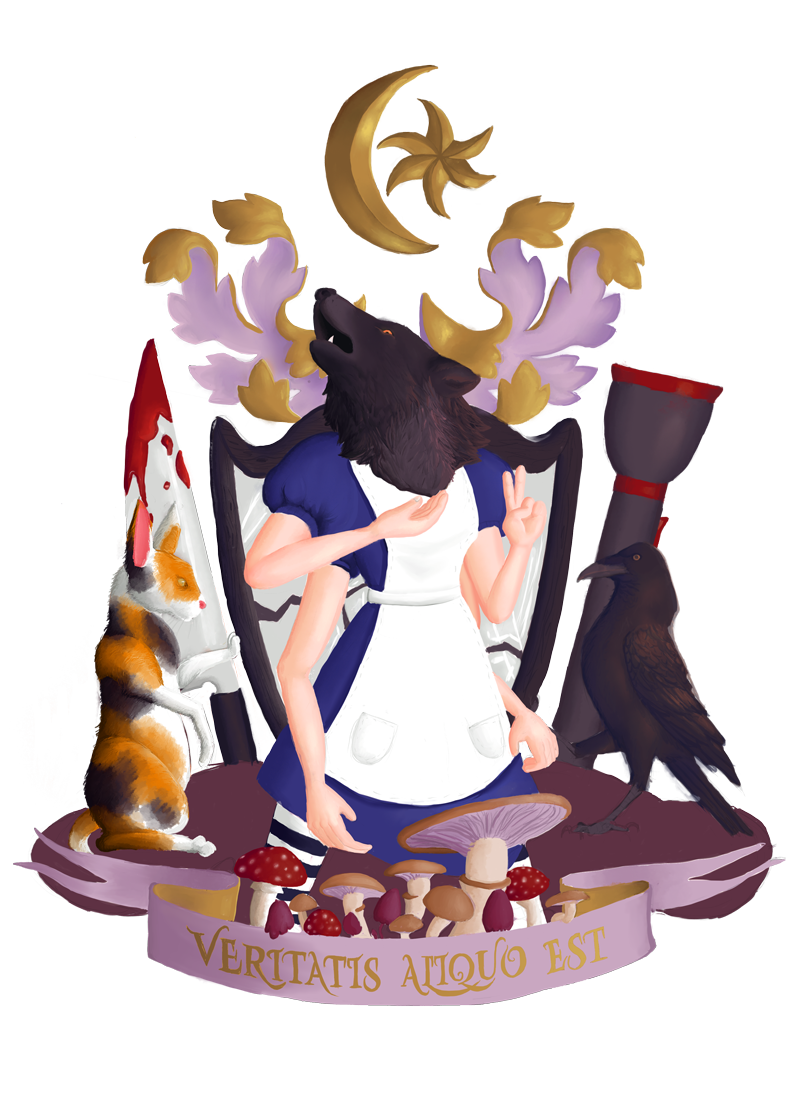 Welcome to my corner of the website. Sit down, make yourself comfortable, have some tea, and check out this guide to semiplural wei/muis pronouns. They'll be used sometimes, and not other times.

I've been a lot of people and changed many times over the course of my life. These days, I go by Nihal/Aster, and use fae/faer and he/him pronouns. I was the Protector(tm) in charge of steering the system's life for a long time. Now I'm trying to rediscover myself/ves as someone who is no longer in charge like that.

I am recovering from having an Online Presence in the Tumblr otherkin community, which frankly traumatized me out of interacting with most of the community. Since then, I've made a home for myself writing on Pillowfort, spend time sailing the Sea of Theives, have been pursuing professional drag kinging, and generally I have been working on expanding the horizons of my life. Video games are still my passion, and I'm trying to slowly chip away at an RPGMaker game about a queer narcoleptic magical girl.

I consider myself a polymorph, a shapeshifter with no "core form" that tries on and mirrors the forms around it. And this ties into my median plural identity as well, which ebbs and flows. Sometimes wei're highly separate, other times wei're so blended as to not be distinguishable. At present, wei are an indistinguishable blend. Another day in the future, it is likely wei will split into facets again. This seems to happen in a natural cycle.

I'm also Jewish and Kemetic, and that's our main religious practice, with an increasing interest in connecting to our Jewish roots through research into the history of Egyptian Jews.